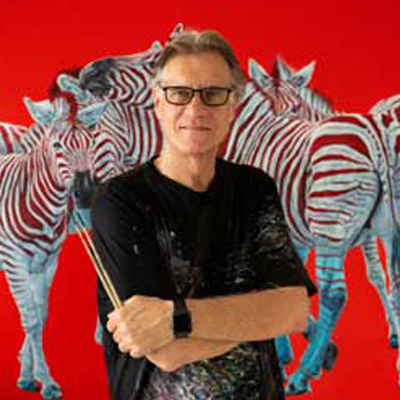 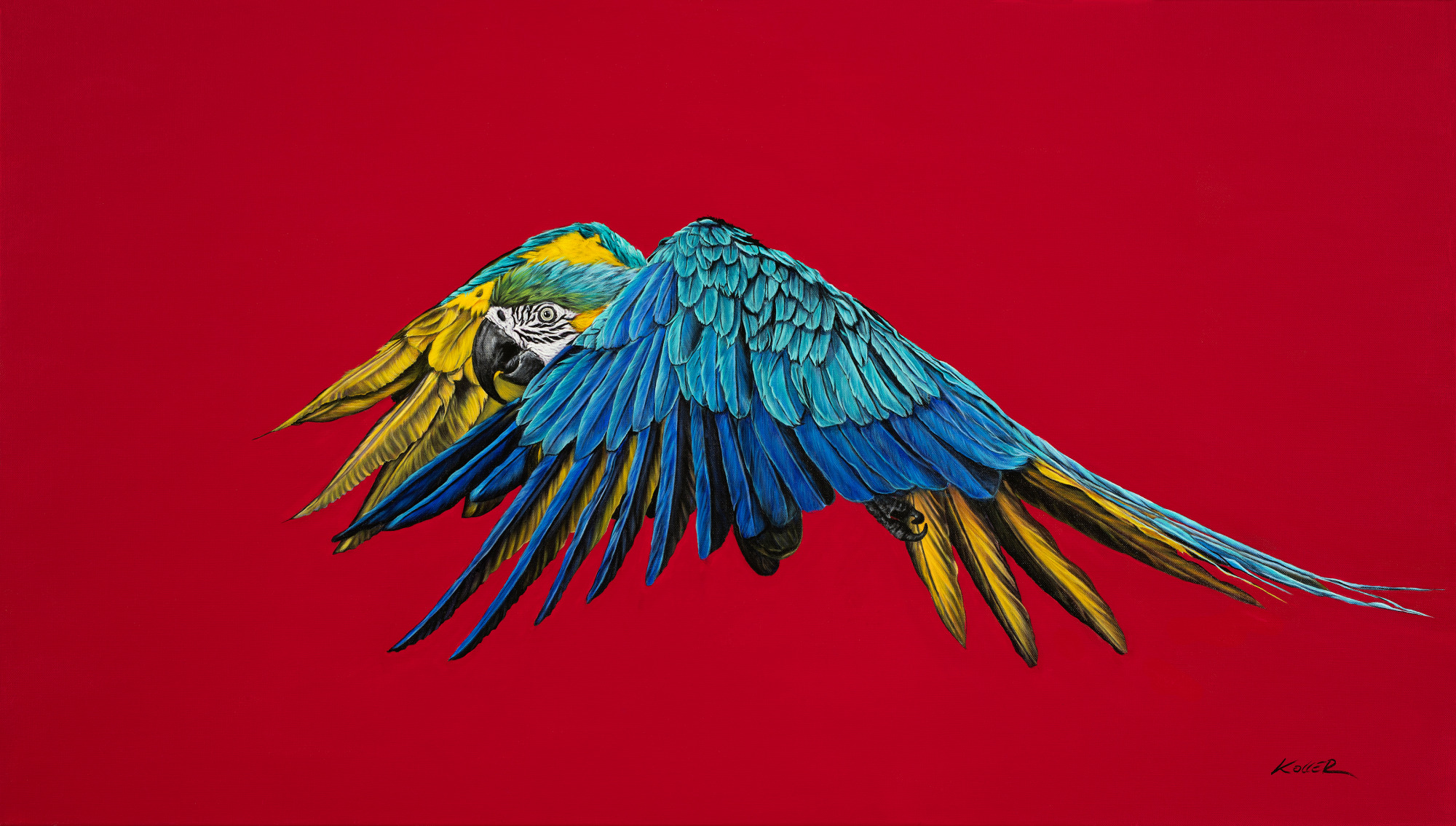 Helmut Koller is mainly known for his colorful, bold, and festive paintings of animals which are collected on four continents, America, Europe, Asia, and Africa. Koller grew up in the beautiful Austrian countryside. After completing his training as a photographer and a brief professional detour to Germany he became the official photographer for the Vienna State Opera back home in Austria.

Feeling confined in Europe and eager for the ambition of America, Koller moved to Manhattan then Palm Beach, Florida where he now resides.

In 1987, with his first collection of paintings, “Homage to Egon Schiele”, Koller made the transition from photography to painting. The artist then turned his interest to historic portraits of the Native Americans. Figurative paintings in acrylic on canvas followed. Since the beginning of 1997 Koller is working on a series of colorful animal paintings.

In summer 1998, Suppan Galerie in Vienna, Austria, showed these new paintings for the very first time at an exhibition. Galleria di Sorrento at Caesars Palace in Las Vegas premiered these super realistic “new pop” paintings in the United States in the summer 1999.

Nowadays the rich and colorful world of Helmut Koller, appeals to collectors on four continents.

For more information about the artist, visit www.helmutkoller.com